S.M.I.L.E. INC.’s vision is to bring African American communities together by encompassing and restoring underserved men, women, and youth foundational morals, whole health, life skills, and education that are seeking a better quality of life.

S.M.I.L.E. (Services to Maintain Independence and Life Efficacy) INC. is a holistic, 501(c) (3) established, nonprofit, social service organization committed to encompassing the underserved African American communities and released offenders from any Department of Corrections institute aged 15 – 30. S.M.I.L.E.’s aim is reforming recidivism rates by restoring foundational values, whole health, and life skills through education, financial literacy, and career development. S.M.I.L.E. provides mentors and individual case managers for each individual released. Each individual will then take assessments that are given 30 – 60 days prior to release. These assessments are:

The mentors and case managers are with the ex-offenders 30 – 60 days prior to release from incarceration and two years post S.M.I.L.E.’S treatments and programming.

S.M.I.L.E. INC. operates on three levels that are designed for re-entry programming. The re-entry program at S.M.I.L.E. is called, “360° BEYOND THE BARS”. “360° BEYOND THE BARS” is designed to prepare inmates prior to release how to accept the accountability for their mistakes and actions, how to rebuild their character within themselves and in the community, how to become a leader for their family and peers, how to get a job and keep a job with job etiquette skills, and the elements of financial literacy, all through a 12-week course/workshop called: “IGROW UGROW”. This course/workshop is the continuum of CBT that prepares the inmates for reunification with family and reintegration back into society while building towards gaining and maintaining self-sufficiency with permanent job placement.

The second level is the Cognitive Behavioral Therapy (CBT) Program which is an ongoing process throughout life, but at S.M.I.L.E. INC., CBT is an intensive three-month beginning session aimed to change negative old habits and replace them with positive new habits. CBT strategies reprogram the brain to adapt to a new environment and new challenges which births a new way of thinking and living. Actors come to the workshop and role play a scenario so the inmates can really visualize the outcomes of their negative behaviors. This form of (CBT) will begin to reverse the negative mind-sets and encompass positive change which leads to a better quality life. CBT promotes pro-social behaviors to help promote acceptance and friendships.

The third and final level is the SEMPH (Spiritual Health, Emotional Health, Mental Health, and Physical Health) services which are comprised of integrated strategies and innovative interventions which overall goal is to lower recidivism rates in the underserved Milwaukee Metropolitan area. For all details and services provided through S.M.I.L.E. INC. 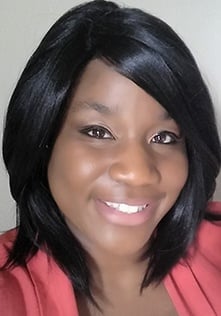 Annette Duckworth is a woman of God who has been a member of her home church, New Creation Missionary Praise Church located at 1404 W. Center Street Milwaukee, WI 53233, since 1997 up to the present. Annette always had the desire to be a part of a ministry that exalts her gifts of diligence, patience, and care. Annette began volunteering her spiritual services as a youth director at her church from 2010 to 2014, as a member in the praise and worship team from 2004 up to the present and the mass choir from 2004 up to the present, as an assistant correspondent secretary from 2009 to 2014, and as a volunteer of the food pantry from 2009 to 2014. Since 2013 up to the present, Annette has also been volunteering at the annual youth Christian education/vocational summer school during the week of July 11 to 16.

Being that Annette’s church is located in an underserved ZIP code, she crosses different families dealing with hardships, disabilities, and needs. She offers the needy consolation in the Lord, as well as information about different workshops and resource centers that will help them sustain their quality of life. Annette began to embrace the role of a social worker so she enrolled at the University of Phoenix in Milwaukee, WI from 2012 to 2014 for her Bachelor of Science in Psychology degree. She learned about how individuals think and how she can best serve a diverse community. She went on to attend the Loyola University of Carthage in Kenosha, WI from 2014 to 2016 for her master’s degree in Social Work/Concentration in Mental Health.

Annette served her community for over 15 years, working for the Wisconsin Department of Children and Families in case management. She provided professional accommodated resources while engaging and relating to children and families within culturally diverse populations according to their separate needs. Annette also worked in the Milwaukee County Disabilities Services Division in case management, providing knowledge of community resources and other governmental agencies for services. She was also an advocate of clients’ education, economic and social well-being and teaching them new skills. She was also involved in the WEAP (Wisconsin Early Autism Project) as a clinical psychology therapist/case manager, providing one-on-one treatment with clients while providing community resources and other governmental agencies for services.

Annette worked for the New Concept Self Development Center as an assistant facilitator in various programs that made a difference in the underserved community such as the “Each One Reach One,” a program that exposed young girls to positive life options that lead to self-sufficiency. She was also involved in the GED and adult program to help individuals develop competency in all basic subjects, the “Teen Pregnant Prevention” program, the Milwaukee Adolescent Pregnancy Prevention Partnership wherein she provided pregnancy prevention educational sessions in collaboration with neighborhood schools utilizing an evidence-based curriculum, “Making Proud Choices,” facilitated the State of Wisconsin Department of Corrections: Getting Out & Staying Out, Community Resource Collaboration presenting informative innovative programs to 180 male offenders in order to provide insight on how to become self-empowered and self-employed, leading to self-sufficiency.

Annette Duckworth gained chief accomplishments while working for the New Concept Self Development Center and Wisconsin Department of Children and Families. At the New Concept Self Development Center, she redesigned the structure of the “Employment Resource Center” located at 1531 West Vliet Street in the lower level of the “King Center” in Milwaukee, WI 53205 to become more productive for underserved men in the community by:

At the Wisconsin Department of Children and Families located at 635 N. 26th Street,

Milwaukee, WI 53233, she created a policy and procedure manual for a new position called “The Initial Assessment Case Aide” to the committee and implemented the policy. It was about the universal utilization of all new initial assessment case-aides. All of these accomplishments encouraged Annette to open up her own social service, non-profit agency to do what she does best—helping others “SMILE.”

S.M.I.L.E. INC. was founded by Annette Duckworth, an African American woman who grew up in one of the top ten most underserved areas (ZIP code 53208) in Milwaukee. Her passion is to aid towards the decrease of the ongoing vicious cycle of multi-generational despairs of young men. She plans on doing this with her baccalaureate in psychology, and master’s degree in social work with a concentration in mental health. These degrees will help provide the guidance and resources needed to better Milwaukee’s underserved communities.

While growing up in the inner city of Milwaukee since 1977, she witnessed firsthand the adversity her mother and three brothers had to endure such as violence, racial disparities in the criminal justice system, lack of male role models, lack of a father’s presence in homes, lack of employment, and family support. During her childhood and teenage years, she discovered society was not adequately fit to serve African American needs. Now as an adult, she notices that generations of African American men have digressed tremendously over the last two decades with increased incarceration rates, high rates of gun violence, a decrease in education, lost morals and values of teens, prayer removed from schools, and a lack of professional jobs being offered to African Americans. The list can go on, but the Founder/CEO decided to make a stance to aid actively towards the solutions of a socially, educationally, and economically dying African American, male dominating generation by opening S.M.I.L.E. INC. (Services to Maintain Independence and Life Efficacy), a social service agency for the underserved.

Board President and Secretary 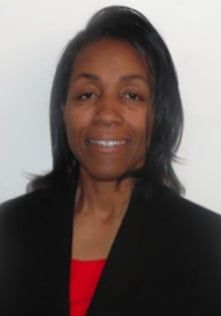 Margaret Duckworth currently serves as Board President of S.M.I.L.E. INC. She also has been serving as President of the Finance Board of New Creation MPC since 2007.

Margaret has over 20 years of community volunteer services; serving in underserved, low income areas. In addition, she served as a Commissioned Officer of the U.S. Army for over 17 years.

Margaret received her Master Degree in Adolescence and Adult Health from Marquette University; Master Degree in Biblical Care and Counseling from Agape Bible College, and Baccalaureate Degree in Theology from Rev. Charles Lampley School of Theology in Milwaukee, WI. She understands and knows that:

Vice President of Board and Treasurer 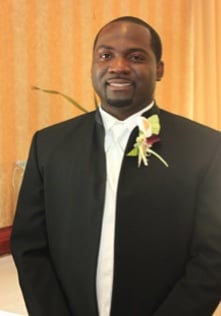 Myron has served our country and is a decorated Veteran of the United States of America. 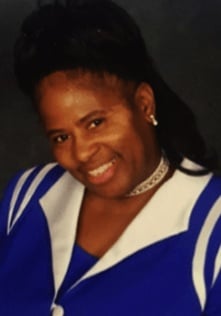 First Lady Duckworth’s love for leadership skills come from her long and hard working background in corrections. She attended the Correctional Training Center in 1987, with the rank of Re-class to Officer 2 in 1989. In 1979, she graduated from college at MATC in Milwaukee, WI with an associate degree in community service, and 1982 from Lane College in Jackson, TN with a Bachelor of Arts degree in History, Sociology/Psychology.

First Lady Duckworth served her community for over 30 years as a motivated personal business professional who maintains all safety procedures and norms efficiently. She is diplomatic and tactful with professionals and non-professionals at all levels which makes her a great leader and role model. She began serving her community at Kettle Moraine Correctional Institution in Plymouth, WI from 1987 to 1989. She maintained order within the institute and enforced rules and regulations as a correctional officer 2/utility. She was also a sergeant at Robert E. Ellsworth Correctional Center in Union Grove, WI from 1989 to 1990 where she maintained security and care for inmates. First Lady Duckworth served as a sergeant in the Marshall E. Sherrer Correctional Center in Milwaukee, WI where she monitored inmate activity. Meanwhile, she supervised the AODA and treatment unit for mentally ill and sexually abused juvenile delinquent girls, social workers, treatment social workers, reintegration social workers and youth counselors in Southern Oaks Girls School in Union Grove, WI from 1995 to 1998. She developed, supervised, and monitored treatment programs as an assistant institution unit secretary in a youth offender correctional facility in Racine, WI from February 1998 to September 1998. She supervised the records department, recreation, volunteers and mentors programs as a program director, then at Marshall Sherrer Correctional Center in Milwaukee, WI from 1998 to 2004 where she supervised correctional sergeants, social workers PA’s and other treatment staff as a superintendent/captain. She also worked in the Felmer Chaney Correctional Center in Milwaukee, WI from 2004 to 2005 where she became the chair of the safety committee and planned and coordinated medical treatment for inmates as an assistant superintendent/captain. Lastly, she worked in the Milwaukee Women’s Correctional Center in Milwaukee, WI from 2005 to 2011 where she managed all security and treatment staff as an assistant superintendent/captain.

For over 30 years, First Lady Duckworth has served in many different counties trying to make a difference in those with low self-esteem, lack of guidance and education, and a low socioeconomic status. In June of 2011, she decided to make time for herself and her family and retired from working physically in the community. Instead, she became a volunteer board member at S.M.I.L.E. INC. on August 11, 2015, where she continuously looks for innovative ways to help the underserved African American communities become a better place to live in. She understands and knows that: